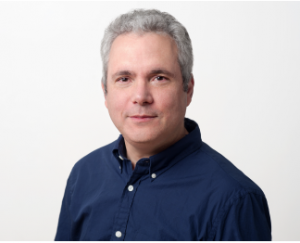 In March of last year, the AlphaGo computer program beat world champion (and human) Lee Sedol at the board game Go. The program’s success reflected the significant progress that machine learning research has made in recent years. However, AlphaGo was just one example of what can be achieved with machine learning. On January 12th, Google director Philip Nelson discussed some recent and ongoing work by his team to advance the applications of machine learning in the field, particularly its role in biomedical research.

The general approach taken in machine learning programs is developing a deep neural network from a large training data set that subsequently can be used to describe new data. Deep neural networks are composed of thousands of interconnected nodes whose weights are updated as the network ‘learns’ from the inputs.

Philip provided examples of several Google products that apply machine learning techniques by taking advantage of the massive amounts of data they process. These include the following, which you can click to learn more about:

Following these examples, Philip described a recent success that Google has had with diagnosing diabetic retinopathy, an eye complication typically assessed manually by ophthalmologists. What Philip’s team did was develop a neural network that could reliably detect the disease when provided with a retinal image. Similar algorithms are in the works to allow for cell screening (i.e. live/dead cell identification) as well as identifying breast cancer metastases in lymph nodes.

Despite these diverse examples of machine learning’s usefulness, challenges still remain. Philip addressed some of these concerns through audience questions. At a fundamental level, the neural networks are only as good as their training set. As a result, they may reflect the biases inherent in the original data. Innocently, this can be seen in movie recommendations that do not expand your taste, and more dangerously this could result in racial profiling. Thus, a key challenge for these algorithms is getting good, representative data with which to train.

Even with these open questions in the field, it is not hard to see the immediate impact that Google’s work can have. Using the diagnostic tools, for example, remote areas can be given access to expert-level assessment through a ‘Doc in a Box’, reducing the need for the physical presence of a doctor. The moral responsibilities of applying machine learning can be addressed in parallel to its continued development.