Dr. Kristina Zsebo: From the Bench to the Board Room, A Career in Biotechnology

Dr. Kristina Zsebo: From the Bench to the Board Room, A Career in Biotechnology

Biotech can be very rewarding, and learning the idiosyncrasies of the industry is a prerequisite for success. 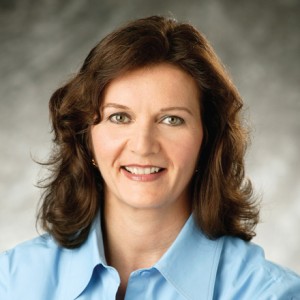 After completing her Ph.D. in Biochemistry at Berkeley, Dr. Kristina Zsebo resisted “tremendous pressure to stay in academia”, choosing instead to forge a career in the burgeoning biotechnology industry. When she first joined Amgen as a research scientist, she was one of only 70 employees. Her initial project was with the cloning, characterization, and in vivo studies behind Neuopogen, a drug that promotes creation of white blood cells for chemotherapy or radiation patients. She advanced to direct product development at Amgen, and later took on executive-level leadership roles at three different companies: Cell Genesys, Alza, and Connetics. Her broad experience prepared her to complete due diligence as an Entrepreneur-in-Residence at Enterprise Partners Venture Capital. She then became CEO of Celladon. She is currently president of Biovest Consulting, LLC and senior vice president of Theragene Pharmaceuticals. Her work so far has resulted in 113 biotechnology publications, 34 composition, process, and method patents, with 26 additional patents pending.

Dr. Kristina Zsebo spoke at UCSB on October 6, 2016, recounting her career path and lessons learned along the way. The following five key themes are condensed from her talk.

The Language and Practice of the Biotechnology Industry

As she transitioned from graduate school to industry, Zsebo quickly realized that communication and management styles differed from what she had seen in academia. The necessity of talking to collaborators, either in person or over the phone, makes interpersonal skills far more important. At the management level, these ‘soft skills’ become even more crucial to success–Zsebo credited much of Amgen’s early success to previous CEO George Rothmann’s zealous approach and attentive decision-making.

At a project-level, the top-down approach of developing a product for an existing gap is usually more effective than the bottom-up approach, where technology comes first and then must be positioned. After developing a functional drug or technology, success also requires capability in many other areas. Biotechnology companies must pay attention to the pharmacology (how does the drug work?), toxicology (what are the side effects?), medical/clinical regulations (will the product survive clinical trials?), and insurance reimbursement (will doctors choose to prescribe this product?). Even with attention to each of these factors, products still fail. Company leadership may change priorities, or clinical trial endpoints may fall short of requirements. Scientists working on those projects will likely find themselves working on new projects afterward.

The Psyche of an Organization Matters

The role of a biotech company within the industry and the priorities set by the management and board of directors both determine the pace and culture of working there, and both can change throughout the course of a company’s lifetime. During Zsebo’s tenure as Vice President of the Biopharmaceutical & Implant Division at Alza, the company evolved from being a formulation partner to begin in-house product development. As a formulation partner, Alza had focused on characterizing and optimizing drug candidates before clinical trials. Taking on in-house product development shifted the regulatory landscape of activities and required much stricter deadlines. Both functions are crucial to the timeline of pharmaceutical development, but the difference between these activities was notable. The size of a company will also impact day-to-day work. Large companies generally have slower decision-making processes although priorities may be more stable. At a smaller company, directions are likely to change faster, but projects often provide more of an interdisciplinary experience.

Science in the Boardroom

Zsebo transitioned away from the bench for good after her first few years at Cellgenesis, but her leadership roles still involve understanding and directing science. Cultivating strategy and driving technical breakthroughs required the strong scientific background she possesses, while the knowledge she developed in industry allowed her to raise funds and negotiate conditions. She often pitched to teams of investment bankers as the only woman in the room, and despite mentioning this challenge, she successfully raised $200 million as CEO of Celladon.

Preparing for a Career in Biotech

Priorities can differ between research funded by government agencies like NIH or NSF and pharmaceutical companies, so Zsebo advises students interested in a biotech career to find research projects with medically relevant applications. A Ph.D. is typically required to lead projects at biotech companies, as training in experimental design and interpretation is important. The addition of an MBA, though not required, would be good preparation for a transition to leadership roles in industry.

This talk was sponsored by UCSB’s Center for Bioengineering, Graduate Students for Diversity in Science, Women in Science and Engineering, and Professional Development Series.